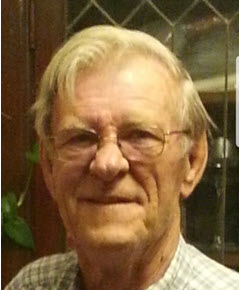 Earl was born on November 25, 1933, in Donaldson, Michigan to the late William and Letitia (Lundy) Beamish.  He married Arla Faye Lavender on October 30, 1954, in Pickford Michigan.  He worked for Benjamin Moore Paints in Melrose Park, Illinois for 40 years, retiring as a supervisor in 1995.  Earl enjoyed spending time with his family, going out on his boat, fishing and camping.

According to Earl’s wishes, cremation has taken place.  The family is being assisted by C.S. Mulder Funeral Home and Cremation Services. Condolences may be left online at www.csmulder.com.