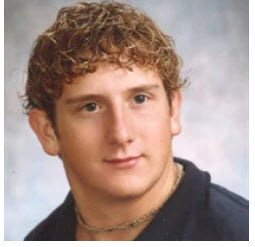 David grew up in Hessel and attended Les Cheneaux Schools. He was a Cub Scout and Boy Scout with Cedarville Cub Scouts. He earned the level of Eagle Scout. He enjoyed traveling to Prince Edward Isle. He played football during his high school career. After high school, he attended Saginaw Valley College and graduated with a degree in Occupational Therapy. After college, he worked in Petoskey for a bootery shop. He moved home with his parents in 2017.

David was a member of Our Lady of the Snows Catholic Church and the Boy Scouts of America. He was also a member of the Sault Ste. Marie Tribe of Chippewa Indians.

David had a passion for fitness which included the basic exercises as well as hiking and martial arts. He also loved to play computer games in his spare time.

David was preceded in death by his grandparents; sister, Lisa Winandy; and many aunts and uncles.

A memorial service will be held in the spring.

His final resting place will be St. Ignatius Catholic Cemetery in St. Ignace.

To send flowers or a memorial gift to the family of David James Winandy please visit our Sympathy Store.