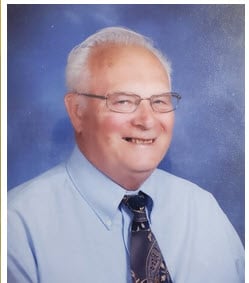 Bert was born in Sault Ste. Marie, Michigan on November 16, 1939, the son of the late Bert and Opal (McKinnon) Kinnear, Sr.  He graduated from Sault High School with the class of 1958.  Bert married Eunice Ruth Brown on August 13, 1960, in Newberry, Michigan.  He worked for the Corps of Engineers starting as a blacksmith and retiring as the machine shop foreman.  Later, he became a licensed tug boat captain.  Bert loved the Boy Scouts of America and was involved with the organization for over 42 years.  The last 32 years as a Scout Master.  He also enjoyed hunting and fishing.

In lieu of flowers, memorials may be left to Faith Lutheran Church.