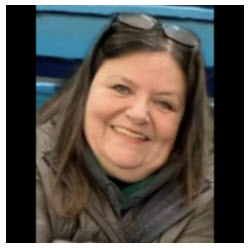 Barbara was born on October 14, 1955, in Sault Ste. Marie, Michigan to the late John and Dorothy (LaFaver) Murphy. Barbara was married to Richard Christie also of Sault Ste. Marie, Michigan. She was a member of the Sault Tribe of Chippewa Indians. Barbara’s favorite things in the world were her grandchildren and crocheting. She was also an avid reader.

Barbara was preceded in death by her parents, her husband: Richard Christie; a daughter: Sheree “Digga” Benoit; a sister: Sara Clerc; and a brother-in-law: Pete Synett.

According to Barbara’s wishes, no public services will be held at this time.  In lieu of flowers, memorials may be left to help with funeral expenses.