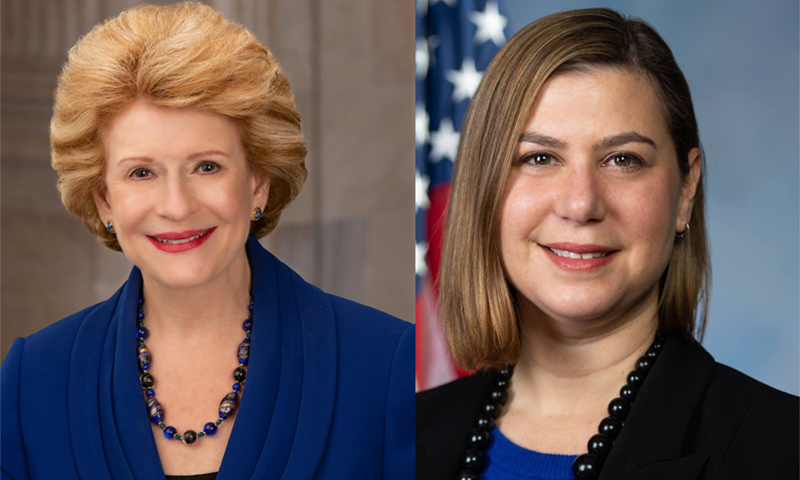 Attorney General Dana Nessel this afternoon announced that two men have been charged for threats made to public officials both in early 2021 and last year.

Daniel Thompson, 62, is charged with three counts of malicious use of service provided by a telecommunications service provider which is a six-month misdemeanor that can carry a $1,000 fine.

The charges allege Mr. Thompson left threatening messages for U.S. Sen. Debbie Stabenow (D-Lansing) on January 5, later emailing her the same threats, stating that he was unhappy with the results of the November election and had joined a militia, insinuating violence would occur if the results were not changed. He later also made vulgar and threatening remarks in a phone conversation with U.S. Rep. Elissa Slotkin (D-Holly) on January 19, Ms. Nessel’s office said.

Mr. Thompson had previously made threatening call to Ms. Slotkin on April 30, 2020, according to the charges.

Charges against him have been brought in both Clare County and Livingston County district courts, due to Mr. Thompson’s location at the time each alleged threat was made.

An additional charge has also been brought against Clinton Stewart, 43, who is a resident of Douglas, Georgia. He is charged with one count of malicious use of service provided by a telecommunications service provider, a six-month misdemeanor that can carry a $1,000 fine.

The attorney general’s office alleges that Mr. Stewart left a threatening voicemail for Court of Claims Judge Cynthia Stephens on September 18, accusing “activist judges” of making rulings that favored then-candidate Joe Biden to win the election through use of absentee voting.

That message was later discovered on October 2 by an employee of Ms. Stephens. Charges against Mr. Stewart have been filed in Wayne County’s 36th District Court in Detroit.

Arraignments of both defendants are pending as of this time. No additional court dates have been scheduled.