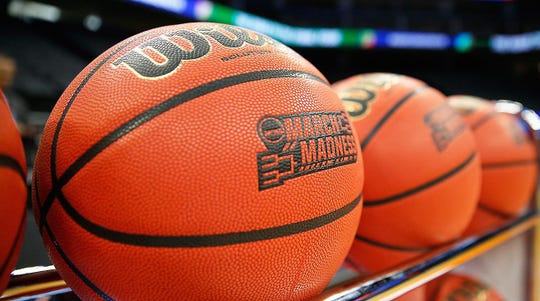 SAULT STE. MARIE, Mich. – The Lake Superior State women’s basketball team earned its first win of the season in a hard-fought 60-58 victory over the Purdue Northwest Pride in the team’s home opener on Saturday, Jan. 16 in the Bud Cooper Gymnasium in Sault Ste. Marie, Mich.

In the Lakers first home game of the 2021 season, LSSU fell behind in the opening minutes as the Pride scored the first ten points of the game. In her first game this season, sophomore Mattison Rayman would make an impact for the Lakers as she scored back-to-back layups to bring the Lakers within seven points of PNW (12-5). Senior Rebecca Villaneuva scored her first points of the game with a layup with 3:48 left in the first quarter to cut the Lakers deficit to five points.

Freshman forward Hailey Voelker scored a layup and then a pair of free throws for the Lakers to bring the home squad within four points of the Pride with :46 seconds left in the quarter. Rayman would close out the quarter with a jumper to make it a two point game in the visitor’s favor (16-14) to end the opening ten minutes of play.

Similar to the first quarter, the Pride would come out strong. Purdue Northwest scored the first seven points of the quarter to extend their lead over the Lakers by nine points (23-14). However, the Lakers would once again have an answer for the Pride as LSSU went on a seven point run of their own. Kelly Olthof and Margot Woughter would each score on a layup, and Sadie DeWildt would net her first three pointer of the game with 2:56 left in the half.

With under two minutes remaining in the second half, DeWildt would add her second basket from behind the three point line. In the final minutes of the half, the Lakers and the Pride would each exchange points and the opening half ended with the Lakers trailing, 30-28.

To start the second half, the Lakers would come out strong to take a four point lead over the Pride (34-30). The two GLIAC rivals would exchange points through the early stages of the third quarter and Mattison Rayman made a free throw to tie the game at 35.

With just under a minute left in the quarter, Rayman scored five straight points (three free throws and a layup) to put the Lakers back ahead on the scoreboard, 42-41. The quarter ended with the Pride regaining the lead, 43-42.

The Lakers had a strong fourth quarter, outscoring the Pride by an 18-15 margin but would have to overcome an early deficit. Purdue Northwest took a six point lead over the Lakers with 7:35 left in the game but a three pointer by Woughter gave the team energy and would bring the Lakers back within three points (50-47).

Rayman, who regained her dominance on the floor as the game went on, would score three straight layups for the Lakers to give the team a one point lead with just over four minutes left in the game.

Purdue Northwest’s Savaya Brockington made a three point jumper for the Pride with three minutes left on the game clock to put her team back up by two, 56-54.

The Lakers did not show any quit as Makenzie Bray, Kelly Olthof and Woughter all scored two point baskets for the Lakers to regain the lead with 1:48 left in the game. Lake Superior State would hold off the Pride in the final minute to clinch its first win of the season.

Breaking Down the Win:

The Lakers and the Pride will close out the season series tomorrow afternoon Sunday, Jan. 17 at 1:00 p.m. at the Bud Cooper Gymnasium in Sault Ste. Marie, Mich.