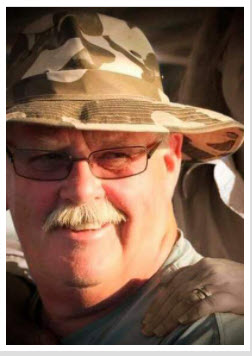 William “Bill” Arthur McLeod, age 69, passed away on Friday, January 22, 2021 at the Hospice of the EUP – Hospice House in Sault Ste. Marie, Michigan, surrounded by his family.

Bill loved the outdoors, hunting and fishing, and loved to play golf. He enjoyed playing softball and bowling, and also enjoyed playing the guitar and singing, and spending time with family. He was well loved by the community, considered his friends as family, and never met a stranger.

Bill was preceded in death by his parents; his sister, Ruthann McLeod; and two brothers: Fred McLeod, and John McLeod.

A private family memorial service will be held Monday, February 1, 2021, at C.S. Mulder Funeral Home and Cremation Services. In lieu of flowers, please send donations to Hospice of the EUP.