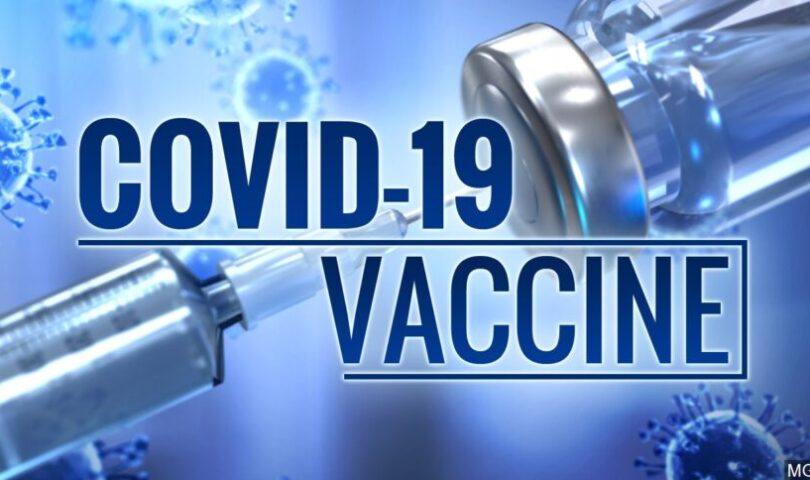 Michigan is ready to buy 100,000 COVID-19 vaccine doses directly from the manufacturer, Gov. Gretchen Whitmer announced Monday, a move she says would help the state ramp up its vaccination efforts.

It comes as county health departments and hospital systems say the unpredictable and inadequate supply of COVID-19 vaccines has kept them from getting shots into arms.

The request coincides with the state drastically expanded eligibility for the vaccine against the disease caused by the coronavirus. Although any Michigander 65 and older — along with teachers, police officers and many more first responders — are eligible to receive the vaccine, a litany of challenges at every level of government means it will likely be some time before people seeking an appointment are actually injected.

Whitmer sent a letter to Alex Azar, secretary of the U.S. Department of Health and Human Services, asking for permission to buy the doses from Pfizer. Currently, federal health officials coordinate the delivery and doses to every state in the country.

“This direct purchase will fill a two-week lag in supply and ensure that we can continue to ramp up our vaccination efforts across Michigan. It is also consistent with Operation Warp Speed’s commitment to deliver a safe and effective COVID-19 vaccine to Americans as quickly as possible,” Whitmer said in the letter.

Whitmer specifically asked to buy doses from Pfizer, which has a large manufacturing facility in Michigan.

It’s unclear what precedent would be set if the federal government allowed states to individually buy vaccine doses at a time when demand for the vaccine is astronomical.

Whitmer and state health officials argue inconsistent and confusing information from federal officials is causing problems with the rollout of vaccines. However, local health departments say they were caught off guard last week when Whitmer announced the broad vaccine eligibility expansion.

Wayne County reported it didn’t get a shipment of vaccines at all last week. On Monday, 2,925 doses arrived though it had requested nearly 5,000. Despite the expanded eligibility rules, Wayne County doesn’t have enough of a supply of vaccines to even finish immunizing the thousands of health care workers and emergency medical personnel who are in the first priority group.

Macomb County ordered 50,000 doses of the vaccines. It expects to get 3,900. In Oakland County, 1,950 doses arrived Monday even though it had requested 5,000. Counties request the number of doses each week they believe they have the capacity to administer.

And although hospitals and health systems have said they’ll pick up the heavy load of vaccinating the state’s senior citizen population, they also are limited by supply.

“We ordered 24,000 doses” for next week, Michigan Medicine spokeswoman Mary Masson said on Monday. “We are scheduled to receive about 4,000 doses, which will be needed for second doses scheduled for this week.”

For that reason, the health system had to suspend plans to begin vaccinating its patients ages 65 and older this week.

In a statement, the Ann Arbor-based hospital system affiliated with the University of Michigan said: “We have placed a temporary hold on scheduling new first-dose vaccine appointments. … Based on the quantity of vaccine doses scheduled to arrive, Michigan Medicine will only have enough to complete first-dose appointments already scheduled through Tuesday as well as administer second doses.”

The health system reported that it’s able to perform as many as 12,000 COVID-19 immunizations a week with the ability to expand to 24,000 per week, but is limited by supply. It is administering more than 90% of the doses it receives within a week of delivery.

“The state of Michigan has not received enough vaccines for the entire state, and Michigan Medicine is getting less vaccine,” Masson said. “We hope this situation changes soon and more vaccine supply is sent to Michigan, as we are eager and ready to begin vaccinating our established patients who are 65 and older.”

At Beaumont Health, plans were in place to open two new vaccine clinics that could accommodate the thousands of patients ages 65 and older who are newly eligible for coronavirus vaccines this week.

Even though some patients in that Priority 1B group were vaccinated Monday, Beaumont COO Carolyn Wilson said the health system had to put on hold its plans to open those clinics because of an inadequate supply of the vaccines. It only got 6,800 this week.

“The challenge that we’re having now is we have first appointments that we want to keep, vaccinating more and more people that are just starting out in the vaccination journey,” Wilson said. “And then we also need to be absolutely sure that those that need that second vaccine have that as well.”

The health system, she said isn’t “getting close” to the number of vaccines it needs to scale up.

“With the state and the federal government I think we’re all trying very hard in a pandemic to figure out the logistics and all of that,” Wilson said. “There have been some stops and starts but we’re proud that we have vaccinated well over 20,000 people so far. We have ramped up where we can … triple our capacity, and so, we would really appreciate more vaccines, no doubt.”

In a news release, Whitmer noted she and several other Democratic governors recently asked Azar’s department to release all doses of the vaccine in its possession. The Trump administration had argued it was holding back some doses to ensure those who received the first dose would receive a second in a timely fashion, but states have argued they need these doses and can make sure people get their second shots.

In recent weeks, state and federal health data showed Michigan trailing most other states on a per capita basis when it comes to vaccinating residents. While the state distributed vaccines in its possession, there has been a consistent lag in those doses actually being administered.

In theory, the expanded eligibility policies that went into effect Monday should show an increase in the number of people receiving the vaccine.

Data released Monday morning by the U.S. Centers for Disease Control and Prevention show Michigan is 40th when it comes to administering doses per 100,000 people. The site states 765,900 doses of the vaccine have been distributed in the state, with 222,379 doses administered.

Whitmer and state health officials have repeatedly said the federal data does not tell the whole story. State data updated Monday afternoon shows 829,200 doses shipped as of Sunday and 233,095 doses administered, which is a rate of about 28.1%.