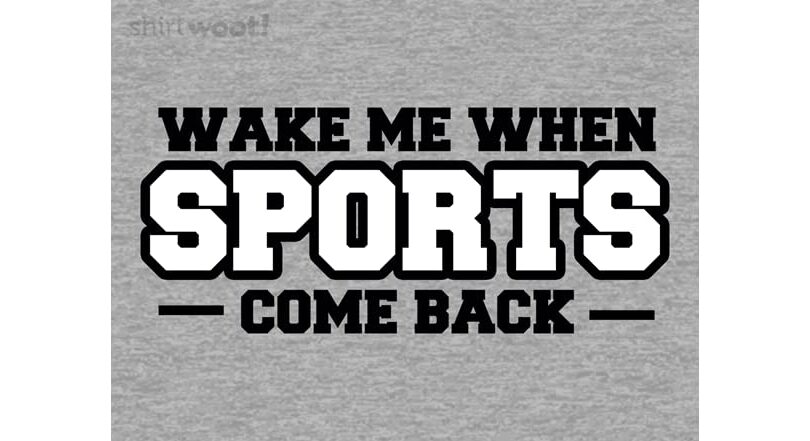 Olivet High School boys basketball coach Matt Seidl gathered his team around him at practice Friday to tell them the latest bad news.

The season had already been delayed several times by state mandates forbidding close contact for fear of spread of COVID-19. High school winter sports teams were supposed to be allowed to have contact and start their seasons Feb. 1. On Friday, the state pushed the start date to Feb. 22.

“You could see it in their eyes, they were tired of it,” said Seidl, coach at the school that is 20 miles northeast of Battle Creek.

“They’re getting depressed about it, and they’re losing trust in the government.”

With student athletes taking to social media and the superintendent of the state’s largest school district warning of lawsuits, pressure is mounting on the administration of Gov. Gretchen Whitmer to allow high school winter sports, including basketball to start their seasons.

“As a coach and a teacher, the frustrating part is the lack of answers,” Glass said. “We’re all feeling that. We’re the ones left to have those conversations with kids about why we’re not able to play.”

After all, coronavirus infection rates in Michigan are plummeting, many other states allow sports and high school football state championship games were played over the weekend.

The delay came the same day that Whitmer allowed bars and restaurants to reopen at reduced capacity on Feb. 1, and followed the governor’s calls for schools to return to in-person classes by March.

That sends “mixed and contradictory messages” to students, Detroit Community Schools Superintendent Nikolai Vitti wrote in a letter to Whitmer on Monday.

“The opposition, despair and anger to the continuing suspension of winter ‘contact’ sports is rapidly growing,” Vitti wrote. “Please do not let this frustration reach the level of a lawsuit against you and the state. Coaches, student-athletes and their parents are in conversations with attorneys.”

High school students and coaches have flooded Twitter since Friday pleading to be allowed to play, under the hashtags #letthemplay and #letusplay.

“This week in my gym class we will start playing basketball,” tweeted a Hudsonville basketball player, Aden Zank.

“There are almost 3x as many kids in the class as there are playing in a HS game. Then after school I’ll have to practice with no contact allowed. Makes complete sense.”

Whitmer officials have been unclear about the metrics being used to determine when winter sports, which include basketball, cheerleading, wrestling and ice hockey, are safe to begin close contact in practice and games.

“We’re watching the numbers closely,” Whitmer said at a news conference Monday. “I understand the concern that parents and athletes have, but I’d point to the events even of the last few days” as a reason to be cautious.

The University of Michigan shut down all its sports teams Saturday for 14 days after several athletes were diagnosed with the new COVID-19 variant out of the United Kingdom that is believed to be more contagious.

“We’ve got to not let our guard down,” Whitmer said.

Nationwide, high school basketball is being played in at least 38 states, including Ohio and Indiana, according to a tally by CBS Sports. New York is allowing winter sports including basketball and wrestling beginning Feb. 1.

Research is mixed on the spread of coronavirus through sports. A University of Wisconsin study in October found little evidence of spread through high school sports teams.

But fall sports, such as football, cross country, tennis and soccer, are played outside, while winter sports are played inside. A study in Japan found COVID spread was 18 times greater indoors than outdoors.

In November, MDHHS ordered Michigan high schools closed and classes to go remote because of a statewide spike in cases. At the time, schools were struggling to keep their doors open because so many teachers were in quarantine and there were few substitute teachers willing to come into classrooms in the midst of a pandemic.

State officials said high schools were closed while elementary and middle schools could remain open, because group activities in high schools – including sports teams – were the source of many school outbreaks.

Said Hudsonville’s Glass, “the percentages of positivity rates are lower now than when we were allowed to start tryouts for girls basketball in early November, and that was full-contact.”

That’s been a recurring criticism of Whitmer’s handling of the pandemic, from nursing homes to restaurants.

“What precise numbers must be reached to return to their activities safely? She either cannot or will not say. Neither option is good.”

For now, teams are practicing while social distancing.

“We play 5-on-none and have to pretend there is a defender,” Olivet boys basketball’s Seidl said Monday. “Today, we used a chair as a screener. It’s not real basketball, but it’s the best we can do.”

At Hudsonville, the girls basketball team is practicing while holding pool noodles to try to maintain a safe distance.

“The kids have done everything they’ve asked, whether in class or sports, because they just want to play,” Hudsonville’s Glass said. “To constantly see those dates hanging out there in front of them like carrots constantly move, is frustrating.”

Glass said he drives his daughters to Indiana on weekends to play volleyball because they can’t play currently in Michigan.

John Dieter, superintendent of DeWitt Community Schools outside Lansing, said he has mixed feelings about the sports delay.

DeWitt High School won its first state football championship over the weekend, but its basketball team is yet to be allowed to have a full-contact practice.

“The athletic department was testing more than 90 athletes a week [in the fall],” Dieter said. “Luckily, we had no positive tests.”

Dieter said that kind of testing isn’t sustainable on a statewide level for all sports teams.

“We haven’t been given a lot of detailed information about why there is a pause,” Dieter said. “From the standpoint of the kids, we like to see them have activity. But it’s hard to know with basketball and wrestling what the transmission risk is.”

“The uncertainty is hard for the kids,” said Olivet’s Seidl. “I don’t think it’s any less safe than going to a restaurant or going to a grocery store. There’s a risk, but there’s a risk with a lot of things that are allowed.

“Our thought is, we’re going to find a way to play somewhere,” Seidl said. “We’ll have a parent drive and we’ll have them cross the state line and call it a club. But they shouldn’t have to do that.