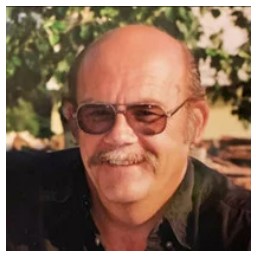 Robert grew up in Roanoke Rapids. After high school, he worked for the FBI in Virginia and then joined the United States Navy and was stationed in Waukegan, Illinois, where he met the love of his life, Nancy Pope. They were married on March 11, 1967 and made their home in Racine, Wisconsin for a couple of years before relocating briefly to Robert’s hometown in North Carolina. They then moved to St. Ignace to raise their children. After 28 years they moved to Cheboygan, where Robert worked for Cheboygan Lumber before retiring in 2014.

After retirement, Robert enjoyed volunteering for Habitat for Humanity. He was very patriotic.

A graveside service will be held in the spring at Lakeside Cemetery in St. Ignace, Michigan.

To send flowers or a memorial gift to the family of Robert Earl Rhome please visit our Sympathy Store.