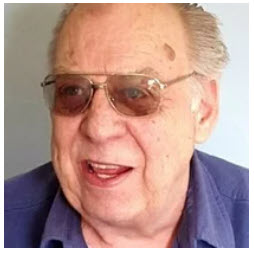 Patrick grew up in St. Ignace, Michigan, riding the SS Chief Wawatam car ferry to school in Mackinac City part of that time. After graduating from high school in Mackinaw City, he worked at Winkleman’s Shoe Store and then for Pemble’s Grocery as a meat cutter. He began doing construction work with Ray Christiansen and they worked together building everything from houses and docks to commercial buildings. He retired from the Michigan Department of Corrections. He married Lorraine Frank on January 4th, 1963 and raised two sons. He married Paula Bentley on October 13, 1998.

Patrick was preceded in death by his parents, Charles and Jean; and brother, Jerry Garries.

A memorial gathering will be announced in the future.

Final resting place will be in Gros Cap Cemetery in St. Ignace.

To send flowers or a memorial gift to the family of Patrick Eugene Garries please visit our Sympathy Store.