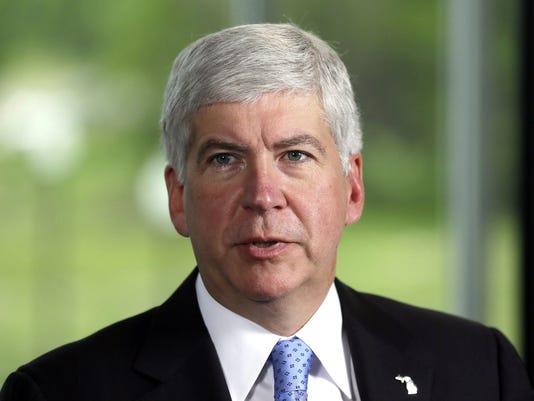 Ex-Department of Health and Human Services Director Nick Lyon pleaded not guilty today in Genesee Circuit Court to nine counts of involuntary manslaughter and one count of willful neglect of duty for his role in the Flint water crisis.

Also appearing in court today at the 67th District Court was former Governor Rick Snyder, who pleaded not guilty to two misdemeanor charges.

In Mr. Lyon’s case, each count of involuntary manslaughter is a felony and carries up to 15 years in prison and/or a $7,500 fine. Willful neglect of duty is a misdemeanor with a sentence of up to 1 year in jail or up to a $1,000 fine.

A $200,000 cash surety bond was placed on Mr. Lyon, and he was ordered to turn over his passport to the authorities.

A pre-trial hearing for Mr. Lyon has been scheduled for 3 p.m. February 18 on Zoom.

Mr. Snyder pleaded not guilty on two misdemeanor charges of willful neglect of duty pertaining to his role in the water crisis. A $10,000 personal bond was set for each count. Unlike Mr. Lyon, he was not ordered to turn over his passport – the judge denied the prosecution’s request for such action – but is required to notify the court if he leaves the state.

Former Flint Emergency Managers Gerald Ambrose and Darnell Earley also were arraigned at the circuit court, and Dr. Eden Wells, Michigan’s former chief medical executive, was also reported to have checked herself into jail earlier this morning in anticipation of arraignment.