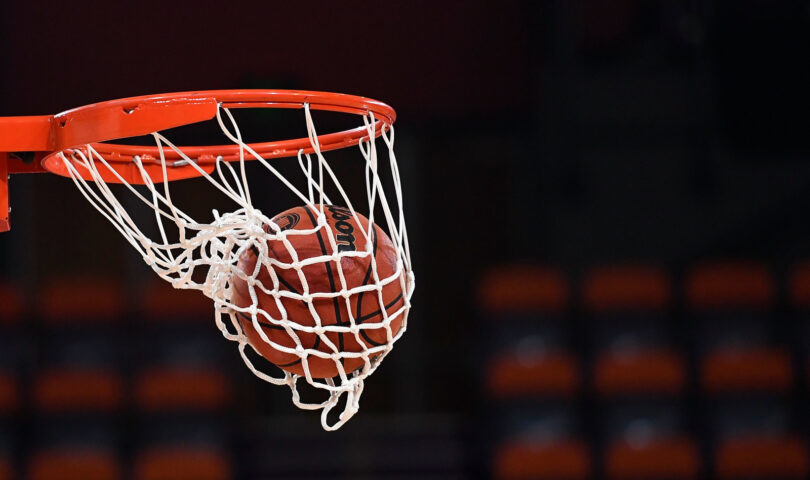 For the second straight game, the Lakers and Warriors were evenly matched through the first half of the game, with the Lakers trailing by a point, 33-32.

The game opened with the Warriors taking an early three point lead that was erased by junior transfer Carson Nitz when she scored on a three point jump shot. Sadie DeWildt made a pair of free throws at the 8:17 mark of the first quarter to tie the game at five.

Margot Woughter‘s three pointer at the 6:35 mark gave the Lakers their first lead in the game when they went up 8-5 over Wayne State. In the late stages of the first quarter, junior transfer Makenzie Bray scored five straight points for the Lakers and Rebecca Villanueva made a free throw with just over a minute left to give the Lakers 16 points at the end of the quarter. Wayne State held a five point lead over the Lakers with 21 points.

Abbey Krugh scored her first points of the game with a three point jumper at the 6:34 mark of the second quarter and would add another from the three point line less than a minute later to bring the Lakers within a point of the Warriors (25-24).

Woughter would score the Lakers final six points of the first half as the Lakers trailed by only a point after twenty minutes of play.

Similar to the first game of the series, the Warriors pulled ahead of the Lakers in the third quarter as the home team scored 10 of the first 12 points of the quarter. Woughter had five points for the Lakers in the quarter while Krugh continued her strong game from the three point line with another basket at the 2:33 mark.

The Lakers did not have an answer for the Warriors offense in the fourth quarter despite a strong effort from a depleted roster. Lake Superior State would drop their second straight game, by a final score of 79-61.

Krugh netted eight points for the Lakers in the final quarter with a pair of threes and two free throws. The freshman would finish the game with 17 points to lead the Lakers as she went 5-for-11 in the game, with all five coming from behind the three point line. Krugh added six rebounds for the Lakers. Woughter ranked second on the Lakers with 16 points in the game while adding two assists.

Taylor Bryant led the Lakers with eight rebounds in the game.

The Lakers will be back in Sault Ste Marie for the team’s first home series of the 2021 series this weekend on Saturday, Jan. 16 and Sunday, Jan. 17. The Lakers are scheduled to play the Purdue Northwest Pride at 1:00 p.m. both days.