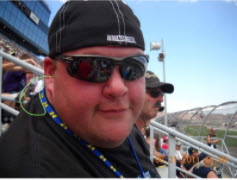 He was a graduate of West Covina High School in California with the class in 1991.  Joshua enjoyed camping, fishing, football, and barbeques.  He loved watching Nascar and his favorite driver was Jeff Gordon and later Martin Truex, Jr.

The 4th of July was the highlight of his year.  He would buy a lot of fireworks and host a party every year.

He is also survived by an uncle: Steve (Carey) Maffioli of California.  He was preceded in death by his mother: Candice O’Con; and his step-father: Bill Engle.

At this time, no public services will be held.