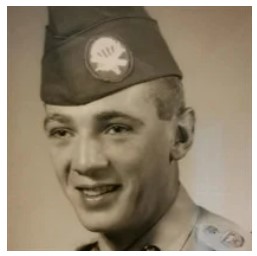 Growing up in the Detroit area, Jim joined the Army in 1961, becoming a paratrooper. After serving three years, he was discharged and met the love of his life and wife Linda Joyce Elam from Tennessee. They were married October 24, 1964 in Redford, Michigan and were married for over fifty-six years at the time of his death.

After living several years in the Detroit area, they moved to Marysville, Michigan in 1971 where they resided for thirty-one years before retiring and moving to Tennessee for thirteen years. Due to Jim’s failing eyesight, they moved back to Michigan in 2017 and made Hessel their permanent home, where they had spent many years at their summer cottage.

Jim was an avid trap shooter, fisherman, winter book reader and hunter. Jim had spent time hunting in the Hessel area since 1965. He worked in the manufacturing business as a Journeyman Machine Repair and Supervisor for many years.

Memorial Services will be held at a later date.

To send flowers or a memorial gift to the family of James Robert Cornwell please visit our Sympathy Store.