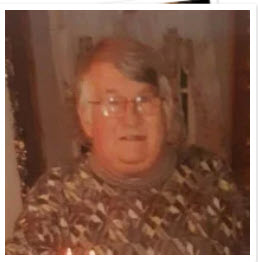 Jerry grew up on Mackinac Island where he attended the Thomas W. Ferry School and as a mischievous boy even pulled Margaret Douds’s pigtails. After school, he worked on the island for his entire life. He met Irene Woodford going for a soda pop with a group of friends and she fell for his wink. They were married on November 3, 1962, in St. Ignace at the Rectory of St. Ignatius Church and made their winter home in St. Ignace while their summer home was on the island. Jerry worked for the Carriage Tours and the City of Mackinac Island for many years, retiring in 2011.

Jerry loved boating and always owned a nice boat. He enjoyed visiting with people and always told jokes and gave candy to everyone. He also enjoyed being a local “Santa Clause” during the Christmas season.

Flow-through visitation will be held on Monday, January 11, from 3:00 PM until 6:00 PM at Dodson Funeral Cremation Burial Services, 240 McCann Street in St. Ignace.

Mass of Christian Burial will be celebrated Tuesday, January 12 at 11:00 AM at St. Ignatius Loyola Catholic Church, 120 Church Street in St. Ignace.

To send flowers or a memorial gift to the family of Gerald “Jerry” Noel Horn please visit our Sympathy Store.