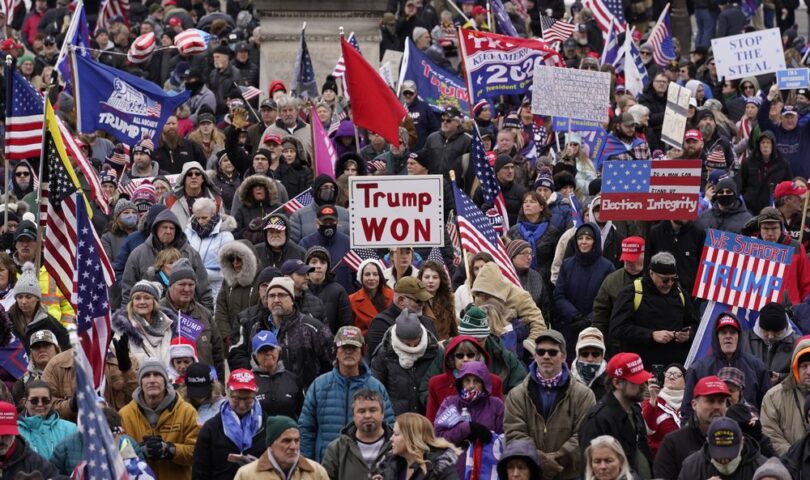 LANSING, Mich. (AP) — About 300 supporters of President Donald Trump gathered outside the Michigan Capitol on Wednesday as a joint session of Congress convened in Washington, D.C., to confirm the Electoral College vote won by Joe Biden.

The crowd turned out under overcast skies with temperatures in the 30s. Almost none wore masks as they listened to Trump speaking over loudspeakers to protesters gathered in Washington, D.C. Several people open carried holstered handguns and rifles.

The statehouse has been the scene of numerous protests the past year, some in support of Trump and others opposing measures taken by Michigan Gov. Gretchen Whitmer in response the coronavirus pandemic.

The state Capitol was closed Wednesday. The Legislature was not in session.