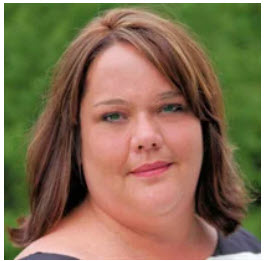 Stephanie, as a young child, moved to Florida with her mom where she attended school. At age 17, she returned to the Upper Peninsula of Michigan where she attended Bay Mills Community College and earned her degree as a Licensed Practical Nurse following in the footsteps of her mother and grandmother who were nurses. She worked at War Memorial Hospital and volunteered wit the Clark Township Ambulance Corps. She met Paul Richard Smith and they started their family. They married July 22, 2006 in Hessel. Stephanie also worked for the Sault Ste. Marie Tribe and most recently for Medilodge. She had a kind giving spirit and her door was always open to family and friends.

Stephanie loved spending time with her family and was always taking pictures. She was the fun mom who always transported her kids and their friends and liked to go to all the school sports and music events. She loved her grandchildren and would often “spoil” them with ice cream before dinner.

A memorial service will be held in the spring or summer of 2021.

To send flowers or a memorial gift to the family of Stephanie Joy Smith please visit our Sympathy Store.