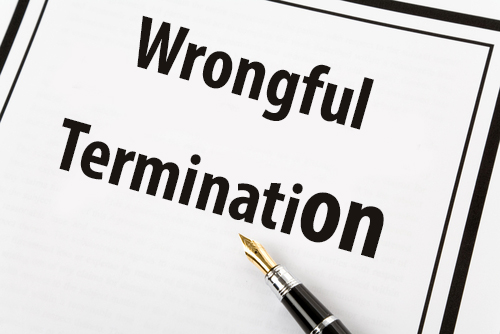 A former employee of Chippewa County is suing the county and four commissioners for what she believes was a wrongful termination. Chief Public Defender Jennifer France alleges county commissioners voted to end her contract without cause.

“Just because someone is poor and someone sticks up for them in court, they should not be punished or be in fear of retaliation,” said France. She has been with Chippewa County for the past nine year, and the last four as Chief Public Defender, but now it’s coming to an end.

On November 18, at a special board of commissioners meeting, commissioners voted unanimously to terminate France’s employment, effective on December 31. France says she was never notified this item would be on the agenda, nor have they given her an explanation as to why they decided to terminate her employment. “They’ve given me no reason,” she said. “I’ve done my job. I’ve protected the rights of the indigent of Chippewa County, but here I am.”

France’s lawyer, Sarah Howard says they’re not sure what the county’s defense will be. “It’s hard to know what they will say their reason is because they’ve said, so far, that they have no reason and that just doesn’t make sense,” she said. “You don’t wake up one morning and decide you’re going to fire someone who’s been doing a good job.”

According to the France’s complaint, she has repeatedly been harassed and experienced sexist behavior. Officials with Chippewa County were unable to be reached for comment.

France says she’s not out for revenge, and her sole priority is making sure her clients will be looked after. “The whole point of indigent defense is to ensure those who cannot afford an attorney get the same representation as those who can afford an attorney, and that’s all I want to see happen here in Chippewa County,” she said.

Along with Chippewa County, there are also four commissioners named in the lawsuit. They have until February 16 to answer the complaint.