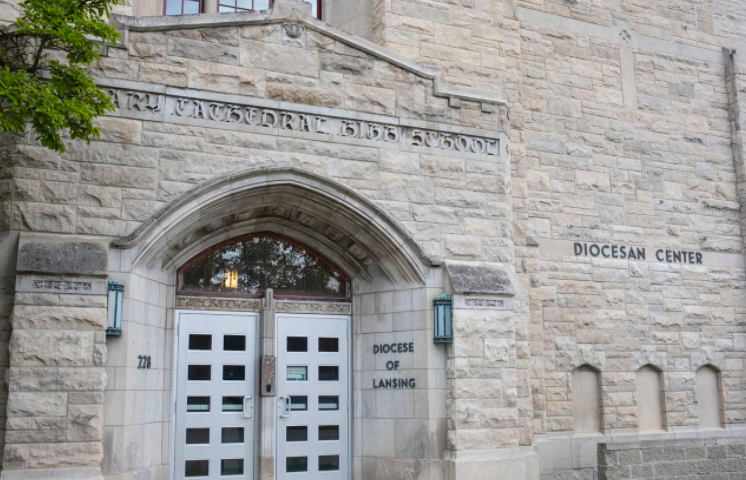 A group of Catholic high schools in Michigan are suing the state in federal court on claims that emergency health orders banning in-school classes and religious training are unconstitutional.

The Michigan Association of Non-public Schools (MANS), an organization of 400 schools with 90,000 students, filed the lawsuit Monday following an announcement by Gov. Gretchen Whitmer that the Department of Health and Human Services (MDHHS) was extending an in-place partial shutdown through Dec. 20, due to surging coronavirus case numbers.

This lawsuit is asking a federal judges to draw the line that separates personal freedom and the government’s right to temporarily eliminate those freedoms during an epidemic with large-scale public health implications.

The schools are asking the federal court to intervene and reopen the religious-based high schools. U.S. District Judge Paul L. Maloney has ordered MDHHS to respond to the complaint by 5 p.m. Thursday and scheduled a hearing for 1 p.m. Monday in Kalamazoo.

The schools argue they have taken the necessary precautions to keep children safe and health officials are overstepping their authority with an all-out ban on in-school classes for students at private schools.

“Member high schools have proven it is possible to educate students in person in a safe manner, when appropriate.” said Executive Director Brian Broderick.

“The state’s latest order inhibits the faith formation of students and violates their constitutional right to practice religion while leaving open secular businesses where transmission of COVID-19 is more likely to occur,” MANS Director Brian Broderick said. “While faith is integrated into curriculum, physical presence at a faith-based school allows for additional, unique integration beyond classroom instruction. This includes religious services, participation in the sacraments and the overall Christian community.”

The lawsuit is also filed by parents of students at Lansing Catholic High School, Father Gabriel Richard High School in Ann Arbor and and Everest Collegiate Academy in Clarkston. It’s filed in the U.S. District Court for the Western District of Michigan.

Tom Maloney, the superintendent of schools for the Diocese of Lansing, said the value of in-person schooling and religious training is “so monumental” that the health orders must be challenged in the courts.

“Listening to Gov. Whitmer and (MDHHS Director Robert Gordon), our great concern is that high school closures will continue to be extended indefinitely, and without considering the success of our safety plans or acknowledging the uniqueness of our mission-focused programs,” Maloney said. “Our schools do so much more than pass on knowledge. Our families choose our schools because of the formation of the entire person; spiritually, intellectually, and socially. That cannot be replicated on-line.”

The partial shutdown barred indoor dining and in-person instruction for high schools and colleges. The order, put in place by Gordon, was slated to expire Dec. 8. Now, it’s in effect through Dec. 20.

Some districts began the school year with in-person classes, while others chose remote learning and later began transitioning students back to the classroom. Some districts later had to close their doors after reporting cases of the virus.

Elementary and middle schools may still conduct in-person learning if the district allows it. Gordon noted this was the case due to lower rates of infection spread in K-8 districts compared to high schools and colleges when the “pause” was first announced Nov. 15.

Whitmer first ordered all public and private schools to close in March, as the coronavirus first flared up in the state.

The state then renewed many of the same restrictions by issuing emergency health orders through MDHHS.

State law gives the MDHHS director the power to “prohibit the gathering of people” during an epidemic.

The Michigan Restaurant and Lodging Association along with a pair of restaurant groups sued the Michigan Department of Health and Human Services for the ban on indoor dining at restaurants when the initial three-week “pause” took effect.

U.S. District Judge Paul Maloney twice ruled against the MRLA in its request for a temporary restraining order against the MDHHS indoor dining closure.

Maloney determined Michigan’s order likely doesn’t violate federal law, but he declined to rule on if the order infringes on the Michigan Constitution.

The religious schools that are suing MDHHS claim they have not had significant coronavirus outbreaks within their institutions.

“For example, the Catholic Diocese of Lansing reports the infection rate is less than 1.6% for all thirty five of its schools across ten counties since August 24, 2020,” a press release announcing the lawsuit said. “In the Archdiocese of Detroit, the infection rate among its student population through December 7th is 1.1%.”

The state has not revealed any specific criteria that must be met before in-person high school classes or sporting events may resume.

MDHHS recorded 404,386 confirmed coronavirus cases and 9,350 deaths as of Monday. The state experienced a declining rate of new confirmed cases during the last 16 days, but the cases remain much higher than earlier in the year.

Monday’s update from the Department of Health and Human Services adjusted the state’s seven-day moving averages to 6,277 cases and 116 deaths per day. Two weeks ago, the state was averaging 7,091 cases and 71 deaths per day.

Michigan also recorded a 14.1% positivity rate for tests taken during the last week