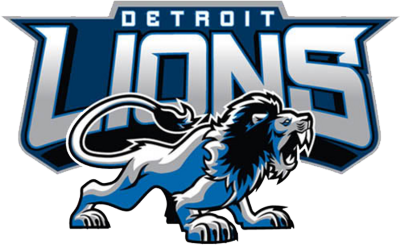 Detroit Lions principal owner and chairman Sheila Ford Hamp said last December that she wanted to see major improvement from her football team in 2020, and for them to play meaningful games in the month of December.

Following another double-digit loss on Thanksgiving, a defeat that dropped Detroit’s record to 4-7 on the season, Hamp did not like where the organization was heading, so she relieved general manager Bob Quinn and head coach Matt Patricia of their duties on Saturday.

“Obviously, this season has not gone the way we expected,” Hamp said in a Zoom call Saturday afternoon. “We want to take the rest of this year to assess every aspect of our football operation and find the best individuals to lead and coach our team.”

The team has named offensive coordinator Darrell Bevell as interim head coach for the final five games of the season. Current football executives Kyle O’Brien, Lance Newmark, Rob Lohman and Mike Disner will run the front office the rest of the year, and will report directly to team president Rod Wood as the team analyzes the organizational structure and evaluates candidates for the permanent general manager position.

“I will do everything I can to put a winning team on the field for our fans and the City of Detroit,” Hamp said. “Unfortunately, we haven’t won enough over the last three seasons and our efforts to find the right leadership for the Lions begins today. Sheila Ford Hamp on changes at head coach and GM

Hamp said the 20-0 loss to Carolina last Sunday and the 41-25 loss to the Texans on Thanksgiving prompted her to make this move.

“Both of those games were extremely disappointing and it just seemed like the path going forward wasn’t what we wanted it to be, so we thought this was a good time to make the change,” she said.

Quinn arrived in Detroit in 2016 and retained then head coach Jim Caldwell for back-to-back 9-7 seasons in 2016 and 2017, but had loftier goals of competing for division titles and playoff wins. Quinn hired Patricia, reconnecting the pair from their time together in New England.

Patricia won six games in his first season and just three last year playing without starting quarterback Matthew Stafford for half of the year. After just four wins in their first 11 games this season, Hamp made the decision to move on from Quinn and Patricia. The Lions were 31-43-1 in Quinn’s tenure and 13-29-1 with Patricia as head coach.

“I think we’ve got a talented team and we should have come together better than we have,” Hamp said. “We just felt like the leadership wasn’t getting that job done.

“I promise you we are going to do an extremely thorough and comprehensive search for both positions. We’re going to lean on all sorts of resources and the league will probably be one of them.”

Hamp and Wood informed the team of the organization’s decision to move on from Quinn and Patricia Saturday afternoon via Zoom. Wood said several players spoke up, and it was a very positive meeting.