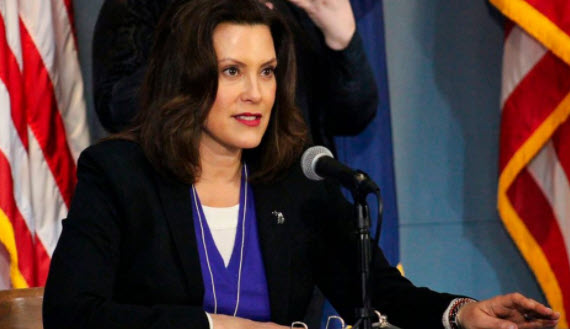 While high schools and other businesses like casinos and bowling alleys will be able to reopen under an updated order from the Department of Human Services, the ban on indoor dining will remain until mid-January, Governor Gretchen Whitmer announced today.

High schools are beginning winter break after today, so they will effectively be able to reopen early next year. Casinos, theaters, bowling alleys and stadiums will be able to reopen Monday, without concessions, Ms. Whitmer announced. Total capacity will also be limited to 100 people within any distinct space within the venue except stadiums and arenas hosting sporting events where the limit is 250. Indoor entertainment venues will also be permitted to reopen.

Indoor dining in restaurants will remain shuttered through January 15 under the latest order from DHHS, which is a continuation of what was originally dubbed a three-week “pause” to help slow the spread of the coronavirus that began on November 18 and subsequently extended until Sunday.

Colleges and universities can reopen for the winter semester as well but have voluntarily committed to waiting until January 18 to reopen for courses.