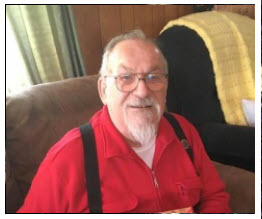 Arthur was born on January 7, 1941, in Ellison Bay, WI to the late Bernard and Lorene (Rosengren) Greiner.  He was a graduate of Gibraltar High School, with the class of 1958. Arthur served his country in the United States Navy during the Vietnam War.  Later, he joined the United States Coast Guard retiring in 1987 as a Chief Warrant Officer after 24 years of service. Arthur was very proud of his years of military service, and proudly swore his son, Steven, into the service in 1984, and every 4 years after, for the following 20 years when Steven reenlisted.

Arthur was preceded in death by his parents, his wife: Donna (Dewey) Greiner; his daughter: Karen Edsinga; and his sisters: Bernita Larson, Anna Crowe, and Alair Peck.

According to Arthur’s wishes, no public services will be held.