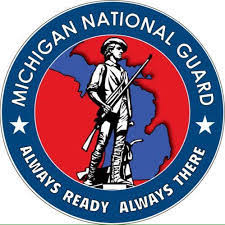 LANSING — A transgender woman who served in Afghanistan as a member of the 101st Airborne Division sued Gov. Gretchen Whitmer and her top military official Friday, saying she is being kicked out of the Michigan National Guard over her gender identification.

Blaire McIntyre, who was assigned a male gender at birth but identifies as a female, sued in federal court in Grand Rapids, asking a judge to declare unconstitutional a policy forcing transgender service members to discharge from the U.S. military.

Named as defendants in the suit are Whitmer and Paul Rogers, the adjutant general of the Michigan National Guard and director of the Michigan Department of Military and Veterans Affairs.

The case could have national implications and is distinct from four other lawsuits, filed in other states, challenging President Donald Trump’s reversal of a U.S. Defense Department policy that allowed transgender troops to serve openly, attorney Shannon Minter said.

“Ms. McIntyre is a transgender woman who has recently come to terms with her transgender identity,” according to the lawsuit.

“A medical professional diagnosed Ms. McIntyre with gender dysphoria in November 2019. Ms. McIntyre informed her commanding officer of the diagnosis and her transgender identity soon thereafter.”

Now, under the U.S. Department of Defense policy, she “faces involuntary discharge from service and the end of both her National Guard service and her civilian career solely because she is transgender.”

McIntyre, who is from Roscommon and joined the Michigan Army National Guard in 2015, earlier served in the active duty Army, including a stint in Afghanistan with the 101st Airborne, a highly distinguished light infantry division of the U.S. Army known as the “Screaming Eagles,” specializing in air assault operations.

She is on duty two weeks per year and one weekend per month as a member of the National Guard, and, when not on duty, serves as a uniformed civilian National Guard employee specializing in armament. She must maintain her National Guard membership to keep her civilian job.

“I’ve proudly dedicated the past five years to the Michigan Army National Guard,” McIntyre said in a statement issued through her attorneys.

“My commanding officer, my civilian supervisor and my peers rely on me to give my all every day and I want nothing more than to continue offering my best service. But the transgender military ban means I am not only facing discharge from the Guard, but termination from my civilian job as well. My wife and I are raising two young children, and that loss would be devastating to our family.”

In the lawsuit, McIntyre says that not only do the equal protection and due process provisions of the U.S. Constitution allow her to serve openly as a transgender person, but the U.S. Department of Defense developed and announced such a policy in 2016, when it reversed its prior policy barring transgender people from serving.

“All of that changed on July 26, 2017, when President Donald J. Trump abruptly announced via a series of Twitter statements that the United States military would return to discriminating unconstitutionally against transgender people solely because of their transgender identity,” the suit alleges.

Minter, legal director for the National Center for Lesbian Rights in San Francisco, California, said the new policy that arose after Trump’s tweets allowed transgender people in the military who had already “come out” based on the previous policy to continue their service. McIntyre is not covered by that grandfather clause because although she was in the military under the previous policy, she had not yet disclosed her gender identification.

Minter said there is an obscure provision for McIntyre to seek a waiver from discharge, but she has been told she can only request a waiver when she provides medical proof that she has undergone a gender change. She can’t do that without the medical coverage she gets from her military job, leaving her in a “Catch-22,” Minter said.

“She’s in a really terrible situation,” he said. “The whole thing is so horrible.”

The Michigan case is also unique in that a state governor and state National Guard are the defendants, rather than the U.S. Department of Defense, Minter said.

“We have to sue the governor and the Guard because she works for the Michigan Guard, and they are the ones enforcing the federal policy,” he said.

“It may very well be that the governor is sympathetic to her position and may want to just settle.”

Courtney Covington, a spokeswoman for the Attorney General’s Office, also declined to comment.