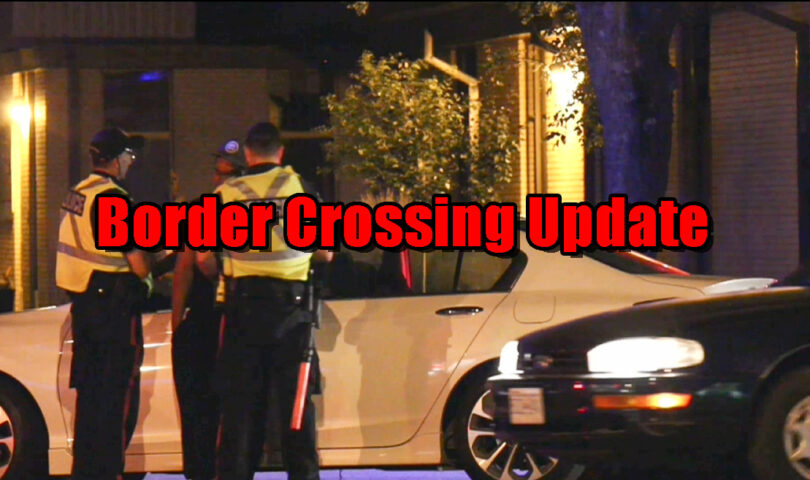 SAULT STE MARIE, ON (SooToday.com) – In a letter sent today to Prime Minister Justin Trudeau, Sault Mayor Christian Provenzano warns about the “extremely concerning” coronavirus status across the river, asking for a three-week time-out on many current exemptions to the prohibition on crossing the International Bridge.

“The Chippewa County Health Department reports that staff are ‘overwhelmed’ by the recent influx of cases (168 active cases as of Nov. 10), and the health department has identified three establishments in Sault Ste. Marie, Michigan as potential exposure sites.”

“Algoma Public Health is urging residents to avoid cross border travel, however, the exemptions afforded by the Government of Canada do make it possible for people to cross the border in certain instances,” the mayor wrote.

“ln comparison to the above-outlined situation in Michigan, there are currently 13 cases in the Algoma District (the catchment area that includes Sault Ste. Marie, Ontario), which is a more populous area than Chippewa County.”

about:blank “The situation in Sault Ste. Marie, Michigan is extremely concerning to our community considering the close proximity we share with our neighbours in the United States. Daily cross-border travel poses a very real and significant risk to the health and safety of the citizens in Sault Ste. Marie, Ontario.”

“The sacrifices made by all citizens of Sault Ste. Marie should not be put at risk by travel into and out of to the US that may be permitted by your government but that is not, actually, essential.”

“We appreciate and recognize that critical goods and services have to travel between our countries, and we do not object to that occurring,” the mayor informed Trudeau.

“However, there is a strong feeling in the community that the current exceptions, such as an exemption for education, goes beyond the ‘essential’ threshold. We ask that your government revisit the exemptions and pause each one that is not critical to essential supply chains or services.”

“lf the federal government insists on maintaining its current policy, I suggest that it would be appropriate for the government to afford Algoma Public Health additional resources to address the risks of daily border travel.”

The ink on Provenzano’s letter had barely dried this afternoon when Chippewa County announced its first COVID-19 deaths – an older man and an older woman.

At Chippewa Correctional Facility, 63 prisoners and 16 staff have tested positive for the virus, prompting War Memorial Hospital to warn that U.P. Health System and McLaren Northern Michigan Hospital in Petoskey are severely stretched and are no longer taking patient transfers from War Memorial.

Earlier this week, City Council directed Provenzano to write to Prime Minister Trudeau and Minister Blair about the local situation.

“We don’t have the ability to do anything. They do,” said Ward 5 Councilor Corey Gardi, who authored the council resolution.

“We have a COVID-19 outbreak, a serious one on our doorstep, a kilometre or two away in Sault Ste. Marie, Michigan and the surrounding Chippewa County,” Gardi said.

“We need some assistance in this regard. I’m hoping they’ll hear us out and do something.”

“The intention is to limit as much travel as can be across that border. What would be the definition of the most critical goods and services? I’d leave that more to Mr. Blair and those in the civil service who advise him.”

Workers at hospitals on both sides of the border should be allowed to continue to cross the bridge, Gardi said.