For Starters
– Lake Superior State is set to open the program’s 55th season of play with a non-conference series against Upper Peninsula rival, Michigan Tech on Saturday, Nov. 21 and Sunday, Nov. 22. The pair of games is the first of seven non-conference games that the Lakers will play before the 18-game Western Collegiate Hockey Association (WCHA) conference schedule begins. Saturday’s game is set for a 5:07 p.m. puck drop while Sunday’s match-up is slated for a 3:07 p.m. start at the Taffy Abel Arena.

– The Lakers return to the ice following a seventh place finish in the WCHA standings during the 2019-20 season as the team posted a 14-23-4 overall record and an 11-14-4 record in conference play. LSSU qualified for the WCHA postseason for the second consecutive season and would fall to the second seeded Bemidji State in the first round of the playoffs.
– Lakers Head Coach Damon Whitten begins his seventh season behind the bench in Sault Ste. Marie in 2020-21. Whitten has led the team to a 80-126-24 record, and playoff appearances in all but one season.

– LSSU had five players among the top 33 scorers in the WCHA last season, with all but one returning to the lineup this season.

– Last season the Lakers had nine players record 10 or more points with eight of those skaters returning this season. Five players registered at least 24 points and four of them are returning members of the 2020-21 squad.

– Senior goaltender Mareks Mitens will backstop the Lakers this season, following a strong 2019-20 season in net (2.57GAA, .911%). Mittens appeared in 39 games, making 38 starts and finished the season with a career-best 13 wins.

– Mitens ranked first among all WCHA goaltenders in games played and games started, and played more minutes (2291:59) than any other NCAA netminder in 2019-20. The Latvia native was one of three NCAA goalies to make 1000 or more saves last season.

– The Laker goalie ranks seventh in the nation in saves among all active NCAA netminders with 1,690.

– Posa spent the 2019-20 season split between the Green Bay Gamblers and the Des Moines Buccaneers of the USHL and combined for 14 points (7G, 7A) in 42 games.

Coming Off Career Years
– A number of the upperclassmen on the Lakers roster are coming off offensive career highs set during the 2019-20 season.

– Senior defenseman Will Riedell set career highs in goals with five, assists with 13 and points with 18.

– Hampus Eriksson, a senior forward, set career highs in goals (6), assists (18), and points (24) last season for the Lakers. Eriksson surpassed the 20 point plateau for the first time in his collegiate career.

Lakers vs. Michigan Tech
– The Lakers and Michigan Tech Huskies will both open the 2020-21 season this weekend, with the teams first of two meetings set for the year.

– Last season, the teams played each other four times, with the Huskies winning three of the games. The Huskies swept the opening series of the 2019-20 season by scores of 4-2 and 2-1. The Lakers responded with a 7-3 win at Michigan Tech in the opening game of the Winter Carnival series and the Huskies closed out the weekend with a win in overtime.

– Mareks Mitens has faced the Huskies eight times in his career and holds a 2-4-2 record against them.

– In the all-time series between the two teams, the Huskies hold the advantage in the series against the Lakers with a 49-25-7 record.

Scouting the Huskies
– Michigan Tech is led by Joe Shawhan, who is in his third season as head coach of the Huskies. Shawhan, who is a Sault Ste. Marie native and attended LSSU, served as assistant coach at Lake Superior State from 2005-08.

– Shawhan was a goaltender for the Lakers from 1982-87, and totaled 1,130 saves in his career. He led the CCHA in both goals against average and save percentage during the 1985-86 season and left the program tied for first all-time in career GAA at 3.83.

– The Huskies return 8 of their top 9 scorers from last season.
– Tech is fifth in the nation in returning goals (86) and seventh in returning points (220).

– The Huskies are led by captain Alec Broetzman, a junior forward, and alternate captains, Trenton Bliss and Eric Gotz.

– LSSU had five players among the top 33 scorers in the WCHA last season, with all but one returning to the lineup this season.

– Last season the Lakers had nine players record 10 or more points with eight of those skaters returning this season. Five players registered at least 24 points and four of them are returning members of the 2020-21 squad.

– Nine different players netted the game winning goal for the Lakers in 2019-20 – with six of those players returning to the lineup this year.

Anchored Down
– The Lakers return a strong back end presence with five defensemen who played 30 or more games last season as well as the team’s starting goaltender, Mareks Mitens.

– The returning Laker defensemen combine for 357 career collegiate games played while adding 22 goals, and 94 assists for a total of 116 points.

– Senior defenseman Lukas Kaelble played in all 41 games for the Lakers last season and totaled 12 points (2G, 10A). Kaelble led the Lakers in blocked shots with 39.

– Kaelble, the Laker captain, was awarded the team’s Most Valuable Defenseman at the close of the 2019-20 season.

– Senior defenseman Will Riedell is coming off a career year as he appeared in all 41 games for the Lakers during the 2019-20 season and set personal highs in all offensive categories. The alternate captain recorded five goals, 13 assists and 18 points and ranked first among Laker defensemen in assists and points.

– Riedell led the team with a +13 rating and registered five multi-point games, including a career-best three point game (3A) on Feb. 7 at Michigan Tech. His best month of the season came in February as he recorded nine points (3G, 6A) in eight games and was named WCHA Defenseman of the Week on Feb. 10 and was the WCHA Defenseman of the Month for February.

– Junior Jacob Nordqvist and junior Mitchell Oliver round out the remaining upperclassmen returning on the blue line for the Lakers. Nordqvist played in 35 games for the Lakers in 2019-20 and finished the season with 13 points (2G, 11A). He was tied for second on the team in game winning goals with two. Oliver competed in 38 games for the Lakers last season and recorded eight assists.

Between the Pipes
– Senior goaltender Mareks Mitens will backstop the Lakers this season, following a strong 2019-20 season in net (2.57 GAA, .911%). Mittens appeared in 39 games, making 38 starts and finished the season with a career-best 13 wins.

– Mitens ranked first among all WCHA goaltenders in games played and games started, and played more minutes (2291:59) than any other NCAA netminder in 2019-20. The Ventspils, Latvia native, who finished the season with 1,002 saves, was one of three NCAA goalies to make 1000 or more saves last season.

– In the final month of the regular season, Mitens recorded a pair of shutouts (2/14/20 vs. UAH, 2/28/20 at Ferris State) to bring his career shutout total to five. The Laker goalie would go on to stop a season-high 45 shots in the Lakers 5-3 win over Bemidji State in game two of the WCHA Quarterfinals last season.

Other Information
– Every week Bill Crawford along with Head Coach Damon Whitten, the assistant coaches and players take a look at the Laker Hockey program. A review of past games, a look ahead to future action and more information and insight on the team and players. The show airs every Thursday morning on ESPN 1400.

– All Laker home and away games during the 2020-21 season will be available to watch live on FloHockey, the WCHA’s streaming partner. For more information or to sign up for a subscription, visit https:/ www.flohockey.tv.

– Bill Crawford and Matt Pocket will be calling the Laker games this season. The radio call will be available to listen to on 99.5 Yes FM, the official radio station of Laker hockey. The broadcast stream can also be accessed at www.yesfm.net 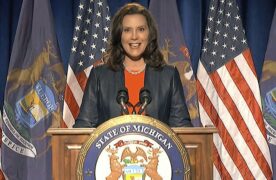 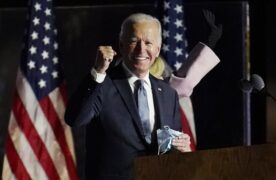 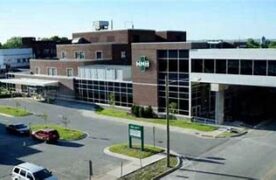 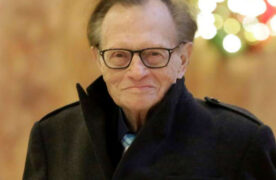 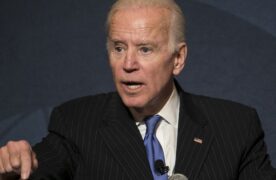 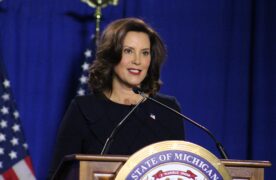 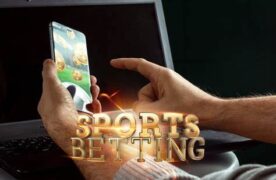