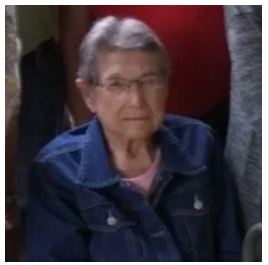 Pauline Schmitigal Gates Adams, age 91, of East Lansing, Michigan, died on November 6, 2020. She was born on December 31, 1928 in Stalwart, Michigan to Frank and Mildred (Crisp) Schmitigal.

Pauline attended Sault High and graduated with the class of 1947. She married James E. Gates on December 11, 1948 at St. Stephens Episcopal Church in DeTour Village, Michigan. They started a family raising three children. In 1964, Pauline began working on as the High School Secretary at DeTour High School. After James’ death, Pauline married a lifelong friend Herbert W. Adams on April 10, 1982 in Apache Junction, Arizona. She retired from DeTour High School after almost twenty years in 1983.

Pauline was a member of the DeTour Women’s Auxillary.

Burial will be at Oaklawn Chapel Gardens, in Bruce Twp., Michigan.

Condolences may be sent to the family at www.rgalerfuneralhome.com.

To send flowers or a memorial gift to the family of Pauline S. Adams please visit our Sympathy Store.