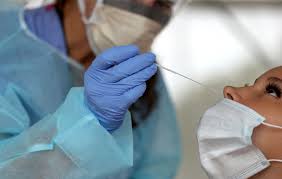 The nine new deaths reported today include three people between the ages of 60 and 79 years old, and six people over the age of 80. Four of the people who died were residents at long-term care homes.  about:blank

There have been 32 people hospitalized since yesterday’s report and eight COVID-19 patients admitted to intensive care units.

The province reported more than 37,000 tests have been processed since yesterday’s update.

There are currently 7,981 active, lab-confirmed cases in the province.

Breezy and cooler weather will finish up the month of November and be here for the first couple days of December.