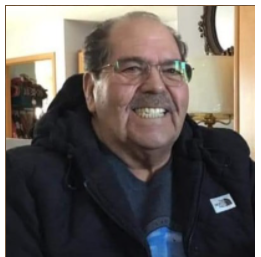 Odin married his beloved, Elaine Alexander on January 7th, 1961, in Sault Ste. Marie, and soon after started their family. Odin worked as a butcher for many years, it was a job he thoroughly enjoyed and was extremely knowledgeable about. Most recently he enjoyed his time with the Retirement Coffee Club, where he and the other retired meat cutters would get together weekly. In his early years, Odin enjoyed boxing. He was the Wisconsin Golden Gloves Champion in 1959. He was instrumental in Sault Boxing, as a coach, and also helped start the Marquette Boxing Club. Odin was an avid outdoorsman, and loved to hunt and fish. Most importantly, Odin was a wonderful husband, father, grandfather, brother, uncle and friend. He was full of happiness and life and could put a smile on anyone’s face. His family was his pride and joy, and he was always there for a hug, advice, a bright smile, or a contagious laugh. He was someone you could count on always. He also had a soft spot for his little dog, Scooter. Odin touched many lives with his magnetic smile and love of life. He will be greatly missed by all who knew him, especially his family.

There are no plans for a service at this time.