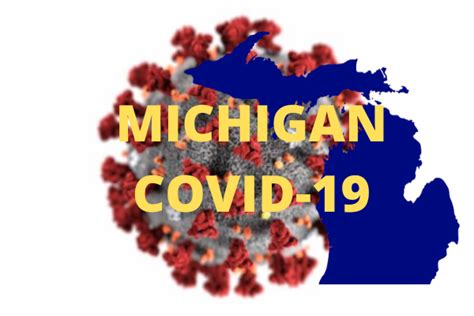 LANSING, Mich. (AP) — Michigan on Tuesday posted a record number of daily confirmed coronavirus cases, near 6,500, and reported 59 deaths within the previous 24 hours — its deadliest day in six months.

COVID-19, which subsided over the summer after Gov. Gretchen Whitmer imposed sweeping stay-at-home and other restrictions, has rebounded this fall. Asked if she might again order people to stay home, the Democratic governor said she was talking with the state health department about potential next steps.

Mask requirements and gathering limits remain in effect despite a “confusing” state Supreme Court ruling that invalidated a law she used to issue orders, she said. She said she will not see extended family in person for Thanksgiving and said it is “inherently dangerous” to have more than one household in an enclosed space without ventilation and open windows.

“As we get ready for holidays, every one of us is going to have to have a plan and think long and hard about how we keep our families safe. I know it’s hard,” she said during a news conference to announce bipartisan legislation that would help military personnel obtain occupational licenses.

The state also recorded 25 additional deaths, which occurred previously, based on a regular review of death certificate data. Michigan has had nearly 8,100 confirmed or probable deaths linked to the virus.

The latest average positivity rate in Michigan is 9.4%, up from 4.9% two weeks ago. The seven-day average of daily new cases in Michigan has more than doubled over the past two weeks from 2,221 to 4,855. The seven-day average of daily deaths has increased from 27 to 41.7 over the same period. The death rate remains well below the April peak but has tripled in a month.

“We are seeing our hospitals start to fill up,” Whitmer said. She again said she wants to partner with the Republican-led Legislature, which has opposed putting mask mandates or business capacity restrictions into law.

One in every 294 people in Michigan tested positive in the past week, according to Johns Hopkins University. The state’s rate of new cases per 100,000 people over the last two weeks, 587, ranks 19th-highest in the U.S.