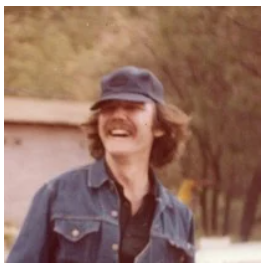 Lloyd grew up all over Lower Michigan and in Arkansas. He attended North Little Rock High School before joining the United States National Guard in 1964. In the 1970’s, Lloyd received his GED and attended college. He earned an associate’s degree in the arts. He moved to Tucson, Arizona and through a mutual friend he met Patricia Lynn Gaule. They married on April 29, 1980. A few years later in 1983, they moved to Alaska where Lloyd learned the art of carpentry. He began working for a close friend and enjoyed the work until he retired in 2008. In 2018, he and Patricia moved to the Eastern Upper Peninsula of Michigan. Lloyd never met a stranger and over his lifetime he has made many friends that have become like family to him.

Lloyd was a member of the American Legion #20 in Kenai, Alaska

Lloyd enjoyed reading and studying history. He loved hunting anything from small game to Sitka Black Tail Deer in Alaska. He liked his Harley Davidson and any traveling adventure it could take Patty and him on. He was fond his dogs and enjoyed their companionship very much.

Internment will be at Lytle Cemetery, in Raber Twp., Michigan.