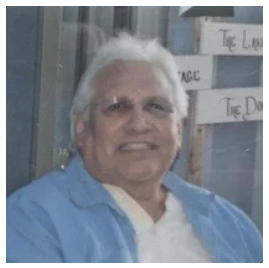 Joseph Daniel Cadreau, age 78, of Trout Lake, Michigan, died on November 11, 2020, at McLaren Hospital in Bay City, Michigan, of complications from Covid-19. He was born on September 24, 1942 in Sault Ste Marie, Michigan, to Joseph A. and Elaine G. (Siegwart) Cadreau.

He was married to Nina Peake in 1961. They had three children: Quinton, Nina Jo, and Tonya. He married Bridget Rudd Flannery, in 1981.

As a young man, Joseph managed Phil DeGraff Lodges in Trout Lake and Matlacha, Florida. He later worked as a carpenter for the remainder of his work career, overseeing building projects as crew foreman. During the 1990s, he and his wife Bridget owned and operated Carp River Outfitters, a canoe and kayak livery and retail business. After retirement, Joseph devoted his efforts to renovating their unique home on Mud Lake.

Joseph enjoyed outdoor activities, especially woods trail running and long-distance bicycling. He also enjoyed swimming, camping, hiking, cross-country skiing, canoeing, and kayaking. During his later years, he experienced health problems that restricted his physical activities; however, he continued to enjoy many of his favorite sports as an observer. Every July, he recorded and watched the entire Tour de France. He was an avid reader and lifelong student of nature.

In addition to his parents, Joseph was preceded in death by his son, Quinton Cadreau; his daughter, Nina Jo Housner; a sister, Gayle Beaudoin, brother-in-law Joseph Beaudoin; and nephew Jesse Beaudoin.

Per Joseph’s wishes, his remains were cremated. A memorial will be held at Trout Lake Cemetery in early summer.