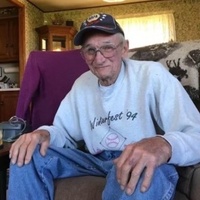 John was born on November 18, 1933, in St. Cloud, Minnesota to the late Joseph and Ellen (Barlow) Primus.  John was a carpenter for most of his life, spending a lot of his time building on Neebish Island. He also worked on the bar at the Ojibway, the Tower of History, and the Soo Locks (Poe Lock).  John enjoyed farming and building/fixing things.  He was a member of the Carpenter’s Union.

John was preceded in death by his first wife: Lucille Primus; his second wife: Margarete Primus; his third wife: Judy Primus; and 13 siblings.

According to John’s wishes, no public services will be held.