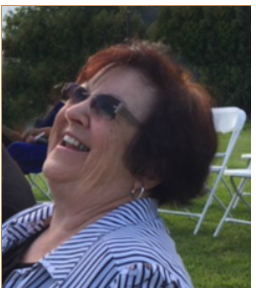 Donna was born on June 4, 1943, in Sault Ste. Marie, Michigan to the late Mary Sipiniewski.  She graduated from Brimley High School with the class of 1961.  She married Benjamin R. Baker on July 13, 1963, in Sault Ste. Marie.  Donna was a member of the Daughters of the Nile and was an Elder with the Sault Tribe of Chippewa Indians.  She loved hunting and being outdoors, music, singing, dancing, and cooking.  Donna was very social and liked being around people, and would talk to anyone.  She loved spending time with her grandchildren and great-grandchildren and enjoyed being with her family.

Donna was preceded in death by her husband Ben and a sister, Carol Ostricker.   Visitation will be held on Monday, November 30th at C.S. Mulder Funeral Home from 1 pm – 2 pm, with funeral services at 2 pm by Father Nick Thompson.  Interment will immediately follow at Hillcrest Cemetery in Brimley.