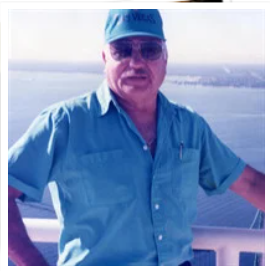 Donald grew up in Moran. He joined the Navy after he completed his education. He served for four years before he married and had three children. He worked for the State of Michigan as a plant engineer for thirty years. After he retired, he was with the Merchant Marines for two years. He left the Merchant Marines when he moved back to Moran.

Donald was a charter member of Moose Lodge #999 in St. Ignace Michigan.

Donald enjoyed thirty years of retirement on the land that he grew up on. He enjoyed maintaining his property and reading.

Donald was preceded in death by his parents, John and Susan; son, Daniel LaVake; and brother, William LaVake.

To send flowers or a memorial gift to the family of Donald Eugene LaVake please visit our Sympathy Store.