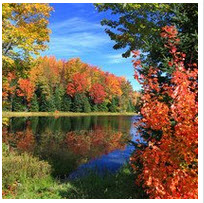 Daniel graduated from Michigan State University with a bachelor’s degree in sociology. He later obtained a masters and a doctorate degree. He had a long career in higher education administration. Daniel was the founding president of Asnuntuck Community College in Enfield, Connecticut. He developed a sister relationship with a college in Taiwan during his time as president. He taught at Lake Superior State University as a member of the adjunct team. Daniel and his wife of fifty years, Karen, loved traveling throughout the United States as well as Europe and Asia. They retired to the shore of Lake Michigan in 1988.