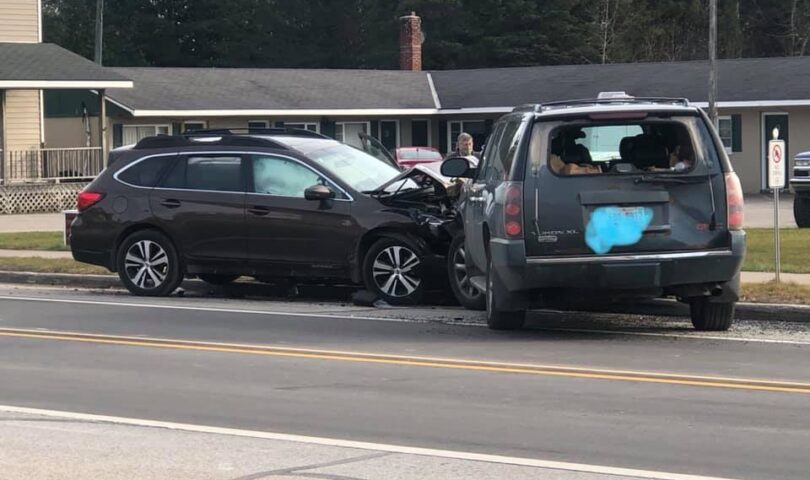 On Saturday at about 2pm, an accident was reported at the intersection of M-134 and M-129 in Cedarville.

Witnesses at the scene, confirmed by investigating police, there was a Subaru westbound on M-134 and it had crossed the centerline striking a parked SUV on the opposite shoulder.  The driver of the SUV was behind the vehicle when it was struck. That driver was injured and taken to the hospital while a child in the backseat of the SUV was not injured. The Mackinac County Sheriff Department, as well as the Michigan State Police, are investigating the accident.  Clark Township Fire Department and EMS responded.