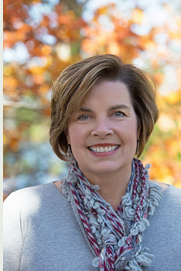 Tracey was born in Ironwood, Michigan on June 8, 1964 and was welcomed as the first daughter of Wilmer and Muriel (Galer) Lawson. She graduated from Sault High School with the class of 1982. She continued her education at Lake Superior State University where she earned her Masters in Business Administration. She became a mother in 1994 when she gave birth to her only child Colin. She worked at LSSU as an Administrative Assistant and Adjunct Instructor until 2014. She then moved to Rhinelander and worked at Nicolet College as an Administrative Professional and Office Technology Instructor.

Tracey was a dedicated mother first and foremost. She treasured every moment with her son Colin and the two share an unbreakable bond. She was her son’s number one fan, biggest role model, and will continue to inspire him for the rest of his life. She loved spending time with her family and she made friends everywhere she went with her quick wit and vibrant personality. Her kind heart, zest for life, and ability to brighten the day endeared her to those that knew her. She enjoyed giving back to her community as a member and treasurer of PEO International and a volunteer at the Rhinelander Swim Club. Her hobbies included crocheting, quilting, and traveling.

A memorial service will be held at 4:00 PM on Monday, October 5, 2020, at C.S. Mulder Funeral Home in Sault Ste. Marie, Michigan with Pastor Bill Rudd officiating. Friends may gather at the funeral home from 1:00 PM until the time of the service.

In lieu of flowers, memorials may be left to the Tracey Lawson MacQuarrie Swim Scholarship through the Chippewa County Community Foundation. Tracey loved being involved with competitive swimming and she traveled across the country to watch Colin swim. This scholarship is being created to help aspiring young swimmers afford the opportunity to swim for the Sault Competitive Aquatics Team.