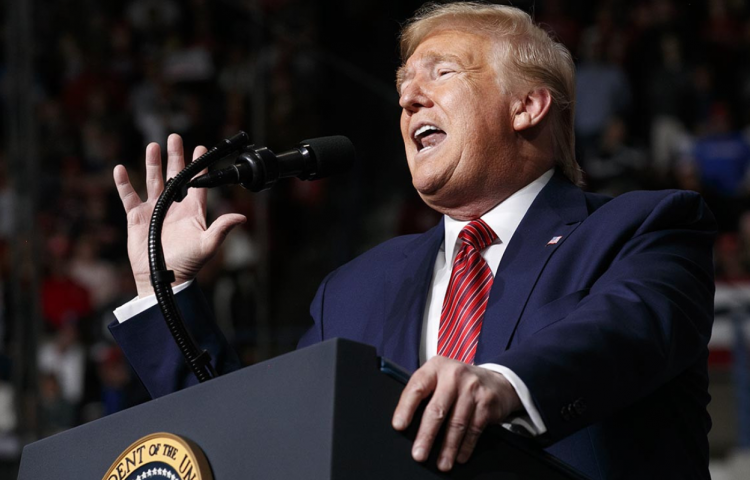 President Donald Trump is set to make his fourth trip to Michigan in recent weeks with an appearance scheduled for Friday in Waterford Township.

He’ll speak at the Oakland County International Airport, continuing his campaign trend of bouncing around tarmacs throughout the Midwest during the final days of the 2020 presidential campaign.

The event starts at 1 p.m., with doors opening at 10 a.m. State officials urge people to wear masks and generally avoid large gatherings at this time, in an effort to stop the spread of COVID-19.

Most polls indicate Trump trails former Vice President Joe Biden in Michigan. Trump won the state by 10,704 votes in 2016, but will need to significantly cut into the Biden lead indicated in these polls to repeat in Michigan this year.

Biden plans to return to Michigan on Saturday. It would not be a surprise to see both candidates make additional trips to the state before polls open at 7 a.m. Tuesday.