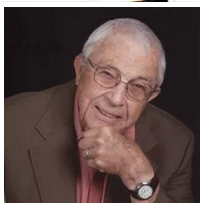 Neill grew up in the Pontiac area of Southern Michigan. He graduated from Rochester High School. He then graduated from Wheaton College in Wheaton Illinois. On August 23, 1953, he married his college sweetheart. Mildred Elizabeth Kratz. He later pursued education and degrees from Michigan State and Stanford. After obtaining his PhD in Education, he went on to teach. He taught high school in Nashville, Michigan as well as Western Michigan University, University of Miami, Oklahoma, Ferris State University, and Alice Lloyd College in Kentucky. During his summers, he was a National Park Ranger in the Grand Tetons, Glacier, and after he retired, Sleeping Bear National Lake Shore. On October 28, 2012, he married Imogene Schrader at the First Union Church in Cedarville, Michigan. He loved to travel and serve the Lord.

To send flowers or a memorial gift to the family of Neill Hodges Nutter please visit our Sympathy Store.