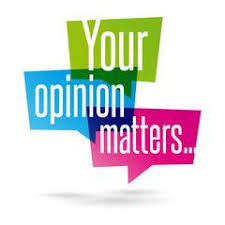 I am appalled. I am sitting here wondering what has happened to our world, more specifically, the United States, as a whole. I feel like things are so out of control and human decency has gone amok. Where did things go wrong? Was it Covid-19 and all that entailed, or did it start from someplace else like the breakdown of our families?

I know there isn’t one pat answer, and that there are always two sides to every story, but when we stop acting like human beings and disregard other people’s feelings and show disrespect to others for having a difference of opinion, I have to wonder who made us, judge and jury?

I read earlier today about the planned kidnapping and attack on Governor Whitmer. A militia group had been planning to kidnap and kill our governor. What kind of sick and depraved people do we have in our state and country that could plan, meet in secret, and plot this horrendous crime?

People are also fighting and killing others over wearing a mask to prevent the spread of Covid-19. Are we so full of ourselves that we feel like we can do whatever we want and not follow the laws and rules set before us?

We also have a Government that won’t compromise with each other, and each side is acting like children on a playground. We are adults, so please stop acting like kids. Stop thinking of yourself and your particular party, and get to work on what is best for our nation.

Not only that, but we have demonstrations that have turned into riots. People are traveling from other cities and states so that they can let out their anger in these riots and demolish businesses of innocent people and destroy our sense of safety and livelihood.

What’s the answer? I will tell you right now, that we need to get back to God. People can say what they want, but unless we have Jesus, in our hearts and souls, we will never have peace. James 1:19-20 says “So then my beloved brethren, let every man be swift to hear, slow to speak, slow to wrath; (20) for the wrath of man does not produce the righteousness of God.” (NKJV)

Matthew, chapter 24, talks about “the destruction of the temple and end times.” I could summarize what it says, but I would love it if each of you would get your Bibles out and start reading. I am amazed at how many people don’t know what the Bible says and what it teaches. So many Bibles sit on the bookshelf never to be opened. If more people understood and studied His Word then our country wouldn’t be in the mess that it is. Only God is judge and jury. Let Him lead. Pray for our nation and our people that they may come to know our Lord, Jesus Christ. Without Him leading our lives, we will never have peace.