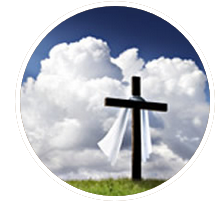 George was born on April 29, 1929, in Manistique, Michigan the son of the late Wilford and Grace (Anderson) Strickland.  He left formal schooling to work and was a self-taught master plumber.  On September 1, 1949, he married Lois M. Hare in Sault Ste. Marie, Michigan.  During the Korean War, George answered the call to serve his country in the U.S. Army.  He was the first in and the last out of conflict areas, building bridges for the troops.

George loved to create fun teaching moments for everyone.  He was always willing to lend a hand, a tool, or his advice.  He helped many people repair their cars and their homes or with snow removal.  George taught his kids and grandkids the joys of hunting, fishing, and camping.  He often mowed trails for their 4-wheelers and golf carts.  He always had a joke and never met a stranger.

George helped build the community as a master plumber.  Some of his many jobs were the International Bridge and the Norris Center.  He lit a cross high above 3 Mile Road to give others hope.  George served people wholeheartedly, loved his family deeply, and trusted Jesus in everything.  He was a member of the Sault Wesleyan Church and a board member emeritus status.  He was also a member of the pipefitter’s union and the Gideons.

George was preceded in death by his parents and his wife: Lois Strickland; and a son-in-law: Leo Ygeal, Sr. A visitation will be held from 6:00 until 8:00 PM on Friday, October 30, 2020, at C.S. Mulder Funeral Home.  A funeral will be held at 11:00 AM on Saturday, October 31, 2020, at the Sault Wesleyan Church with his grandsons Pastor Brooks Sayer and Pastor Andy Sayer officiating.  Burial will be at Oaklawn Chapel Gardens.   In lieu of flowers, memorials may be left to the Sault Wesleyan Church.