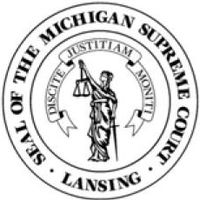 In a blow to Governor Gretchen Whitmer, the Michigan Supreme Court late last week unanimously said it would not hear a pair of appeals seeking to greenlight emergency rules to ban flavored nicotine vaping products.

Justices wrote in an order issued Friday but released Saturday that they did not believe the questions in Slis, et al v. State of Michigan, et al and A Clean Cigarette Corporation v. Governor, et al (MSC Docket Nos. 161625/161626) should be reviewed by the court.

Last year, after losing at the Court of Claims, Ms. Whitmer sharply criticized the judge as having gotten the law wrong. But at all three levels of the judiciary, all 11 judges who considered the case said it was Ms. Whitmer who was wrong on the law.

In a statement, Whitmer Press Secretary Tiffany Brown said: “The order is disappointing, but the governor remains committed to protecting kids from the dangers of flavored vaping products that target them.”

A hearing on MOAHR 2019-107 Trackto ban flavors, including menthol and mint, is scheduled for 9 a.m. Tuesday, October 20. The draft rules would prohibit the sale or distribution of flavored nicotine vapor products – including menthol flavors but excluding tobacco flavors – to anyone in the state and the use of imagery representing a flavor to sell the product.