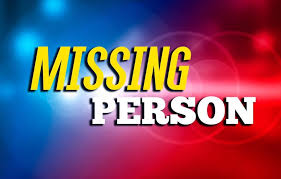 KOCHVILLE TOWNSHIP, SAGINAW COUNTY. On Thursday September 17, 2020, at approximately 9:50am, troopers from the Michigan State Police Tri-City Post were dispatched to a residence in Kochville Township to investigate a missing person. Karl Adam Marker an 87-year-old male, from Kochville Township, left his residence on this morning at approximately 8:00 am. He was heading to the Fashion Square Mall, in Saginaw, where he would frequently go to walk for about an hour. Mr. Marker did not return home. He was last seen driving his 2011 GMC Savannah van. It is described as a light tan or silver in color vehicle with a Michigan license plate AUY500. According to Mr. Marker’s family he suffers from dementia.

A statewide search has been active since Thursday morning and troopers have investigated and exhausted every investigative lead thus far. On Friday morning, a tip directed investigators to the James Township Hall, where a person matching Mr. Marker’s description was asking for directions to the mall. The Michigan State Police has conducted ground and air searches of the surrounding area and every possible route between Mr. Marker’s home and the mall. In addition to a statewide BOL, this information has been posted on billboards across the state. These efforts have been unsuccessful.

The Michigan State Police is looking to engage every citizen in the state to locate Mr. Marker. Mr. Marker may have traveled well outside of the Tri-City area. Please watch for him and/or his van. Pictures have been provided to all our media partners. Mr. Marker is an 87-year-old white male, approximately 5’7” tall and 185 pounds. He has blue eyes and grey hair.

If you have any have any information or see him or his vehicle, please contact the Michigan State Police Tri-City Post at 989-495-5555 or 911. We are hopeful, with your help that we can safely reunite Mr. Marker with his family.