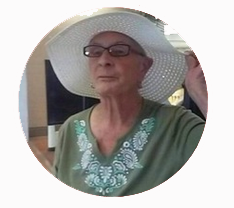 Penny was born in Raco, Michigan on February 3, 1943, the daughter of the late William and Goldie (Bruce) Brown.  On November 3, 1962, she married Phillip Nertoli, Sr. in Sault Ste. Marie, Michigan.  Penny worked for over 45 years at Lockview Motel where she was the head housekeeper.  Penny enjoyed playing cards with her friends, playing BINGO, and going to the casino.  She was the only woman to win two cars at Kewadin Casino. Penny is survived by five children: Becky Nertoli of Sault Ste. Marie, MI, Angela (Todd) Filback of Felch, MI, Phillip Nertoli, Jr., and Anthony (Amy) Nertoli both of Sault Ste. Marie, MI, and Kaitlyn Nertoli of Pelston, MI; ten grandchildren: Jennifer, Nathan, Brandon, Jordan, Jessica, Donald, Jocelyn, Thomas, Justin, and Nicholas, and 21 great-grandchildren with another one on the way.  She is also survived by two sisters: Joann (Chuck) Rogers of Virginia, and Carol (Merlin) Shannon of Durand, MI; a brother: Fred (Helen) Brown; a brother-in-law: Tony Nertoli; three sisters-in-law: Jolene Graham, Cathy DeVoy, and Carol Brown; two special friends: Hulda Moran and Eddie McRorie; and many nieces and nephews.

Penny was preceded in death by her parents, her husband, four brothers: Elvie, Clifford, Billy, and Milfred “Moe”; and four sisters: Dorothy, Leona, Shirley, and Donna. According to Penny’s wishes cremation has taken place.  A celebration of Penny’s life will be held from 1:00 until 3:00 PM on Saturday, September 26, 2020, at the Niigaanagiizhik Ceremonial Building.