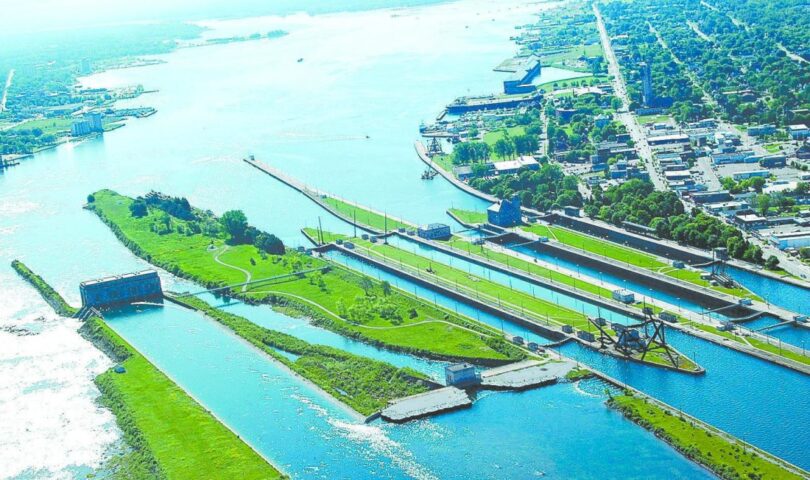 The much-anticipated mega-project will take three phases to construct. Kokosing Alberici will receive more than $111 million to complete phase two. This contract will stabilize the existing approach walls, allowing modern vessels to tie up and wait their turn to pass through the new lock. Construction will begin in spring 2021 and take about two years to complete.

“The Corps looks forward to beginning construction on the upstream approach walls next spring, and we continue to work hard to maintain the pace and meet all milestones in bringing our nation’s New Lock at the Soo to fruition,” said Detroit District Commander Lt. Col. Scott Katalenich.

The project’s first phase to deepen the upstream channel began this summer with expected completion by November 2021. First phase contractor, Trade West Construction’s, focus began with deepening the eastern area of the decommissioned Sabin Lock’s north channel so Kokosing Alberici can begin work immediately in that area during the spring 2021 construction season.

“It is so important that we stay on track as work areas for the three phases do overlap and construction needs to be accomplished in a certain order,” said New Lock Project Manager Mollie Mahoney. “Awarding the phase two contract right on schedule sets the clock for phase three work to begin on time in 2022.”

The project’s third phase is actually constructing the new lock chamber. It is still in the design phase and expected to be advertised for bid in spring 2021.

The Soo Locks are situated on the St. Marys River at Sault Ste. Marie, Michigan and allow vessels to transit the 21-foot elevation change at the St. Marys Falls Canal. Over 85 percent of commodity tonnage through the Soo Locks is restricted by vessel size to the Poe Lock. This new lock project will construct a second Poe-sized lock (110′ by 1,200′) on the existing decommissioned Davis and Sabin locks site. A 2015 Department of Homeland Security study on impacts of an unexpected Soo Locks closure show the Soo Locks are nationally critical infrastructure. This Great Lakes Navigation System critical node is essential to U.S. manufacturing and National Security according to the study.

For more information about the New Soo Lock project, visit our website: https://www.lre.usace.army.mil/About/Highlighted-Projects/New_Soo_Lock/