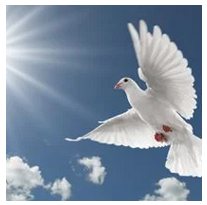 He graduated from High School and entered the US Army in 1957 until 1960. He was a machinist in Detroit for Casper Mfg. Co many years. He then moved to Houghton Lake and later lived in Alma 8 years before entering
assisted living 2 years ago. He loved to hunt and fish, and was a good woodworker. He also was an active gardener.

He is survived by a son, Steven and Stephanie Benn of St. Ignace; a daughter, Cynthia and Randall Onica, of Rosebush; a brother, Rodney Benn, of Westland; brother-in-law Harold Mitchell of Conn.;and grandchildren, Andrew and Stephanie Spencer, and Adam and Emily Onica. He was preceded in death by his first wife, Judith Ann Rolph who died in 2007;
a sister Sharon, and his parents.

Cremation has taken place and a family memorial service will be held privately at a later date.