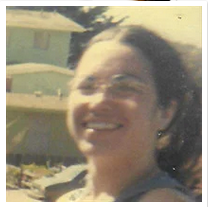 Gloria grew up in Toledo, Ohio and met her life partner Mark in California, where she lived in the late 1970’s to the mid 1980’s before moving back to Toledo. In 1989, Gloria and Mark moved to Dafter. Gloria worked as a stay at home mom before becoming a Mail Carrier for the United States Postal Service in Brimley for over 10 years. She was then a caregiver for Mark who was ill before she became ill herself.

Gloria was proud to be a strong woman. She enjoyed gardening, camping, canoeing, outdoor living, and attending concerts downstate.

Gloria is preceded in death by her partner, Mark Kim Wilson and her father, Clarence Mominee.