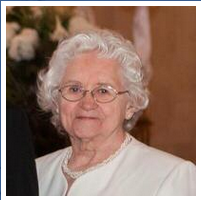 Dorothy was born in Sault Ste. Marie, Michigan on June 23, 1930, the daughter of the late Henry and Anna (Rose) Bumstead.  She graduated from Sault High School with the class of 1947 and continued her education at Macomb County Community College.  Dorothy was preceded in death by her first husband, Russell Avery on August 7, 1951.  On June 12, 1954, she married Dale French at the Methodist Parsonage in McCarron, Michigan.

Dorothy worked as a code abstractor and medical transcriptionist.  She was a member of the Immanuel Lutheran Church and the Raber AMVETS Auxiliary Post #79.  Dorothy enjoyed sewing, being outdoors, hunting, watching hockey games, and family.

A memorial service will be held next summer at Immanuel Lutheran Church.