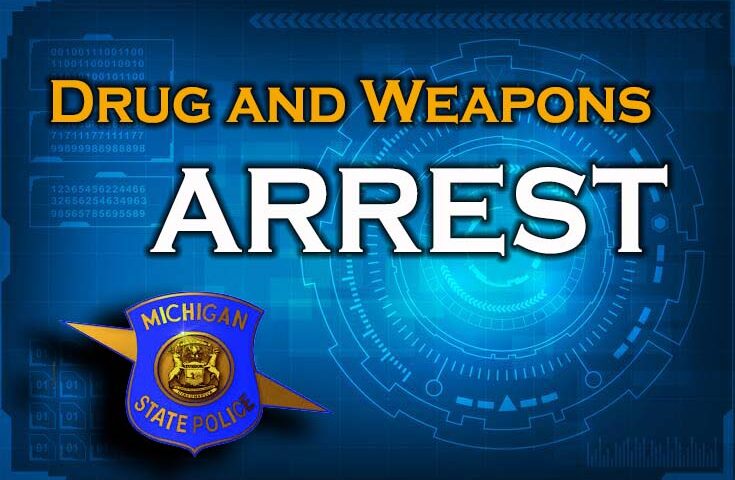 CRAWFORD COUNTY, MI — Troopers from the Michigan State Police (MSP) Hometown Security Team stopped a vehicle on Friday, August, 21, 2020 at approximately 11:54 pm for a moving violations which resulted in the arrest of the driver and passenger for several felony offenses.

The traffic stop was on northbound I-75 near mile marker 254 in Grayling Township. During the traffic stop an MSP K9 team arrived and indicated the presence of illegal drugs in the vehicle. Troopers recovered approximately 167 grams of suspected cocaine from the engine compartment. A loaded and unregistered 9mm handgun was found inside the glove box. Neither of the men had a concealed pistol license. In the back seat there was an envelope containing $3300 in cash. The driver, a 38-year old man from Sault Ste Marie and his passenger, a 25-year old Sault Ste Marie man were arrested. The 25-year old is on probation for narcotics violations.

The 38-yer old was arrested for Felony Firearms, Possession of an Unregistered Firearm, Carrying a Concealed Firearm, and Delivery of Cocaine.

The 25 year old passenger was arrested for Felony Firearms Weapons, Possession of an Unregistered Firearm, Carrying a Concealed Firearm, Delivery of Cocaine, and Probation Violation.

Both men were lodged in the Crawford County Jail. The men posted bond of $5000 10% each and are awaiting arraignment. Names are being withheld pending arraignment.